Graz is Austria´s second largest city and it is situated about 200 km south-west of Vienna. Graz is the capital of Styria and has more than 290 000 inhabitants. People from 150 different countries live here. Being an important centre of economy in the south-east of the European Union, Graz is very well connected to the most important airport hubs in Europe. The city of Graz has been listed by the UNESCO world heritage centre due to its characteristic architecture, exhibiting a harmonic blend of the styles from the middle ages until the 18th century and influenced from the many neighbouring regions of central and mediterranean Europe. The city is compact and most important sights are within walking distance from the main square “Hauptplatz”.
These sights include the clocktower up on Schlossberg, a small hill in the heart of the city that grants a fantastic view of the rooftops of Graz. Among the many red tiled roofs the futuristc blue shape of „Kunsthaus“, the modern art museum, can be spotted easily. To get there one has to cross the river Mur, preferably via the „Mur island“. This is an artificial, swimming platform in the river where people can relax, drink a cup of coffee or enjoy some of the many cultural events that are hosted here.
Just outside the city center, Schloss Eggenberg  and the surrounding park provide a green oasis where visitors can enjoy the art collection housed inside the castle or discover old rose varieties and peacocks on a walk through the gardens. 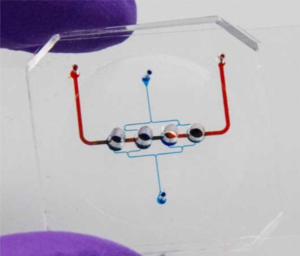 How to get to Graz?

Send us an email to receive the EUROoC Conference newsletter